If you’re going to start them young – start them right! Playing offensive line is simple, but it is not easy. It takes years to develop into a proficient offensive lineman. Building a solid foundation of technique and fundamentals in run and pass blocking now will set your son up for success in middle school and high school. 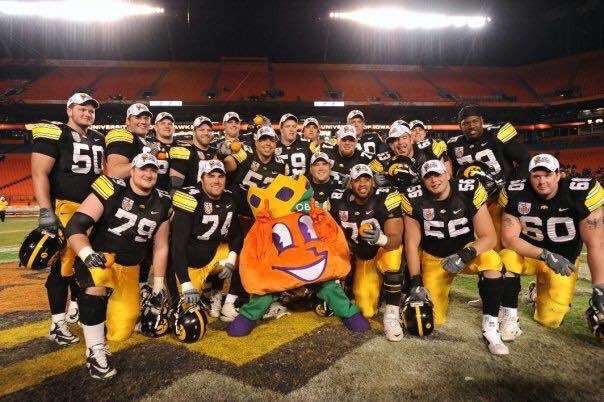 This camp is coached by Dr. Tyrel Detweiler. Coach Detweiler was a former Offensive lineman at the University of Iowa from 2007-2010. Tyrel helped the Hawkeyes to an Outback Bowl Championship in 2008 and a historical 2009 season, winning the Fed Ex Orange Bowl and achieving a Top 10 (7) finish in the nation with a 11-2 record.

Coach Detweiler is also a Doctor of Chiropractic with a Masters in Sports Rehabilitation and is a Certified Strength and Conditioning Specialist. He was also the Team Chiropractor for the University of Memphis from 2015-2018.

Our focus for this program is building a solid foundational base for run and pass blocking. Your son will learn: