The Four Pillars of Human Movement 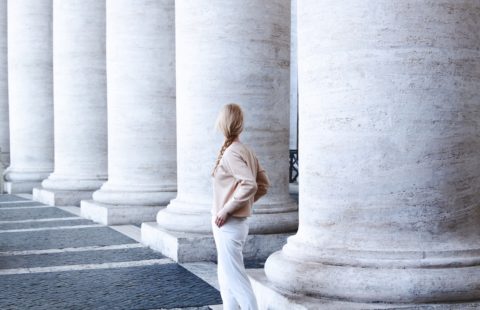 When you think of human movement it can be broken down into 4 basic categories. Locomotion, Level Changes, Push/Pull and Rotation. These represent the 4 pillars of human movement as described by JC Santana in his book Functional Training; Breaking the Bonds of Traditionalism. When designing rehab or fitness programs that are functionally based it is important to make sure all 4 pillars are incorporated.

LOCOMOTION: This is the foundation for ground based force production. It is the linear displacement of our bodies center of mass. It is a triplane event in which all the muscles and joints are moving simultaneously in all three planes. While at first glance it appears the body (while walking) is moving primarily in the sagittal plane(SP) (forward) close look would reveal that it is the transverse plane(TP) and frontal plane(FP) movement that drives us in the sagittal plane. The TP and FP movement become more apparent when running. This also requires the ability to efficiently load into the ground (deceleration) followed by the unloading or propulsive phase (acceleration). Locomotion based exercises might include resisted sled walks, lunge walks, various run /sprint drills.

LEVEL CHANGES: This represents non locomotor tasks such as getting up off floor, picking up the baby, taking someone to the ground or a squat / lunge movement. Examples of exercises may include goblet or front squats, forward or reverse lunges, burpies and get ups.

PUSHIN/PULLING: We use various push and pull movements for many everyday activities. Opening and closing doors, pushing the stroller, taking a hanger off the rack and punching. Pushing and pulling usually done unilaterally in a reciprocal manner is cross wired neurologically. As one punch is thrown the opp. arm is retracted to eccentrically load in order to prepare for the next punch. The same is true for arm swing in walking. Example exercises might include push up, rows, alternating chest press, dips, pull ups and alternating band pulls.

ROTATION: Responsible for changes in direction and rotational torque production. Dancing, throwing, and running are examples of activity with a significant amount of rotation. The transverse plane is probably the most important and the only plane not loaded by gravity. The example I like to use to demonstrate the point is that a bicycle only moves forward because the wheels are rotating. Approx. 90% of all the muscles are oriented in the diagonal to enhance rotational deceleration and acceleration. Example exercises include Medicine ball rotations, band rotations, swinging a bat or weighted implement.

Obviously many tasks consist of combinations if not all the above categories, but each has a unique and important contribution to human movement. So, whether you are rehabbing or training it is important to include movements from each of the 4 pillars.